Cocaine is a stimulant that is derived from a plant known as Coca. The Coca plant is commonly found in countries such as Peru and Bolivia. As such, cocaine is commonly made in laboratories located in those specific countries.

After the drug is combined with other chemicals and manufactured, it is trafficked to Mexico. This makes it easy for drug traffickers to smuggle the drugs into America. Due to California’s proximity to Mexico and the ocean, smugglers often target it. It’s little wonder that California has one of the highest numbers of addiction Centers in America.

It should be noted that America is not only the target of smugglers. Other countries in other parts of the world are also potential targets. As long as there is a willing market ready to use the drug, they’ll smuggle it there.

Hence, it shouldn’t come as a surprise that the drug is popularly sold on the streets. Many individuals are eager to make some extra money through the illegal sale of cocaine. On the other hand, too many are willing to use the drug for its effects. On the streets, drug users and sellers often refer to cocaine as Powder, Snow or Coke.

It comes in several forms. For instance, it can be bought in powder or rock form. The powder one is usually snorted or rubbed against the gums of the teeth.

Other times, it can be dissolved in liquid and injected straight into the bloodstream. The rock form (crack cocaine) of the drug is usually inhaled by the individuals addicted to cocaine. In both instances, the user will experience the effects of the drug faster.

So, what are the effects of cocaine drug abuse or use? Usually, when an individual uses coke, they are likely to experience euphoria. Also, it can lead to increased alertness, talkativeness and heightened heartbeat.

Perhaps you started using cocaine and are finding it hard to stop. If so, you’ve already developed a dependence on the drug and are probably worried that you’re addicted. If so, below are a few signs and symptoms that will let you know if you’re addicted to the drug or not.

Ø  Shrinkage of the brain

Ø  Changes in the normal functioning of neurotransmitter production

Another consequence is when long term addiction leads to the development of ‘Crack Lung.’ Crack lung is accompanied by coughing, wheezing and increased body temperatures.

In conclusion, cocaine addiction will lead to psychological, physical and behavioral changes. From increased irritability and neglect of personal hygiene to organ damage, Cocaine addiction is debilitating. If you exhibit the above symptoms, you’re more than likely addicted and may have to seek treatment.

With that in mind, the negative consequences of using cocaine far outweigh its euphoric effects. Don’t be afraid to ask for support from your friends and family. You’ll be surprised how far they are willing to go for you. 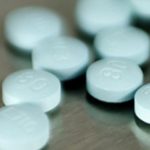 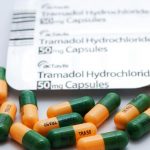 Will Patients with A Tramadol Abuse Problem Experience Withdrawal Symptoms From The Drug?