Hard seltzers have gained popularity over the years as an alternative to mixed drinks, wines, and beers. They are lower in carbohydrates and calories when compared to other alcoholic drinks, not to mention they are gluten-free. Essentially hard seltzers are flavored fruity carbonated beverages with added alcohol. The alcohol in hard seltzers is made from fermented cane sugar, unlike that found in gin or vodka, made from fermented grain. This is why hard seltzers have a lower alcohol content and are a safer alternative for vegans. Hard seltzers also have an alcohol content of about 4 to 6 percent, almost similar to most beers.

Most people do not know that when drinking hard seltzer, you might end up taking more than you wanted to. A can of hard seltzer is not as filling as some alcoholic beverages and tastes a lot like fizzy, sweetened water making it easier to drink more than you need to. As with any other alcoholic drink, it is crucial to practice moderation when taking hard seltzers. The CDC states that one alcoholic drink equates to a 1.5 ounce shot of hard liquor, a 5-ounce glass of wine, a 12-ounce can of beer or a single can of hard seltzer.

Excess drinking has been connected to various chronic illnesses such as cancer, liver disease, diabetes, stroke, and high blood pressure. It has also been linked with anxiety, depression and other mental health disorders. 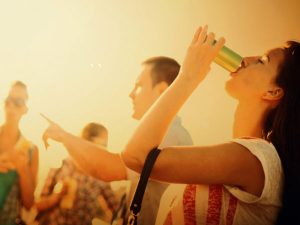 Typically, when people take food or drink that is assumed to be “healthier”, such as hard seltzer, they tend to over consume the substance in question. One drink or two is perfectly alright when socializing, but excessive drinking makes you binge drink. Binge drinking is when one takes more than a specified number of alcoholic beverages over 2-3 hours. For men, binge drinking occurs when they take more than five alcoholic beverages, while for women, it occurs when they take more than four alcoholic drinks over the same period. Binge drinking raises the risk of injuries, accidents, and alcohol poisoning, which could be fatal in some instances. 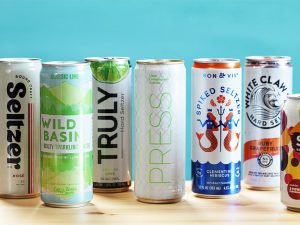 After a long night of drinking, you might experience a hangover and come out of it fine. However, alcohol poisoning is another possibility of indulging in too many hard seltzers if you don’t observe your limit. Alcohol poisoning can threaten your life, and it occurs when one takes too much alcohol within a short period. You can get alcohol poisoning from taking any type of alcohol. This includes hard seltzers. As the stomach breaks down and absorbs the alcohol, it goes into the bloodstream, and the blood alcohol levels begin rising. The liver processes alcohol, but when your blood alcohol level starts increasing, the liver becomes overwhelmed and unable to eliminate the toxins fast enough. The additional alcohol in your bloodstream acts as a depressant to the body by diminishing the normal function. It does this by influencing the regions of the brain that are responsible for fundamental body functions such as temperature, blood pressure, pulse, and respiration. The depressant effect of the alcohol becomes more significant as the blood alcohol level continues to increase.

People Most At Risk for Alcohol Poisoning

Alcohol poisoning is caused by too much alcohol in ones’ blood, and it is also known as an alcohol overdose. You can determine the amount of alcohol in your blood by measuring the Blood- Alcohol Content (BAC) percentage. Given the danger caused by alcohol poisoning, you need to know the symptoms.

The two main ways to test one’s blood alcohol content for alcohol poisoning are through a blood test or a breathalyzer.

The only way to prevent an alcohol overdose when drinking hard seltzers is by reducing alcohol consumption. It is important to know when you have had enough. Pay close mind to the number of hard seltzers you are taking and how quickly you are taking them. Moderation is key; try not to drink more than one alcoholic drink every hour. You can also keep alcohol poisoning at bay by doing the following:

Anyone who appears to have gotten alcohol poisoning from drinking hard seltzers should call for medical help immediately. They will have a better chance of preventing serious damage if they get the necessary treatment as soon as possible.

The Best Way To Treat Oxycodone Addiction In Users 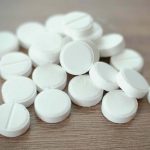 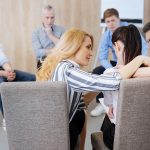 Can Drug Rehab Patients Have Visitors?