Many people like to unwind with a glass of wine or a beer after a long day. Most of us take alcohol during social engagements with others, and it is easy for daily drinking to become commonplace. This means some signs of alcoholism may go unnoticed, especially if everything else in your life is going so well. However, even the most productive and responsible individuals can suffer from drinking problems, resulting in long-term, chronic health issues.

Having one alcoholic drink every night does not necessarily make you an alcoholic. However, it could be a sign of alcoholism and, as such, is something to watch out for. Having a drink every day can also increase one’s chances of getting alcohol-related health issues.

What Does A Drink Mean?

If you want to determine that your drinking habits could cause you issues, you may want to define what a drink entails. A standard alcoholic drink has approximately 14 grams or 0.6 ounces of pure alcohol. The following are considered standard drinks:

Individual drinks might have varied alcohol content based on the variety or the brand manufacturer. This is why it is advisable to always look at the packaging label to see the exact amount of pure alcohol in any drink. You should also note that serving sizes for alcoholic drinks sold in containers or restaurants are usually larger than those mentioned above.

Defining Too Much Drinking

While considering the above measurements, one can still drink daily and be at low risk for developing alcohol use disorder. A low-risk drinking pattern can be defined as the following:

Someone who goes over these limits can be deemed a heavy drinker with a high risk of developing alcohol addiction. Individuals who drink heavily on two days every week have been categorized as alcoholics.

Effects of Drinking Alcohol Every Night

Daily alcohol consumption can affect the body systems and organs, resulting in serious symptoms that could have lasting repercussions.

Effects on the Gastrointestinal Tract

The digestive tract is the first-place alcohol goes to when it gets in the body. Alcohol irritates the digestive tract’s inner lining, leading to redness, swelling, and inflammation. Inflammation tells the body to bring in cells from the blood to resolve any damage.

Effects on the Heart

Alcohol reduces the body’s fluid levels making the heart apply more effort to transport the blood. This also raises blood pressure and affects the conduction of the heart’s electrical signals, which preserve a normal heartbeat.

There is also a correlation between sudden cardiac death and heavy alcohol consumption, particularly in older men. This condition involves the heart being unable to maintain a regular rhythm causing sudden heart failure. This is not similar to a heart attack, but the condition still primarily leads to natural death in the US.

Effects On The Kidneys 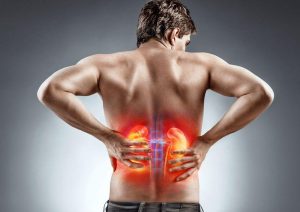 As a diuretic, alcohol causes fluid loss from the body in several ways. Firstly, increasing the kidneys’ urine production hence why people go to the bathroom more after drinking.

Secondly, alcohol causes the cells (fat cells, muscle cells, skin cells) in certain body regions to keep more water. This reduces the amount of water in the blood, so the kidneys have increased exposure to dangerous toxins.

This is because they have to refine a more concentrated substance from the body. Kidney function eventually deteriorates, and the unfiltered toxins are left to cause damage to the body’s other organs.

Effects On The Liver

Drinking alcohol every day means the liver has to work even harder to process it. There are metabolic enzymes in the liver that break down toxins such as alcohol, which is why this is the second place it goes after passing through the digestive tract.

Daily consumption of alcohol can lead to liver tissue scarring or fibrosis. It can also result in alcoholic hepatitis or liver inflammation. Long-term alcohol misuse can lead to the co-occurrence of these two conditions and eventually liver failure.

Effects On The Vascular System 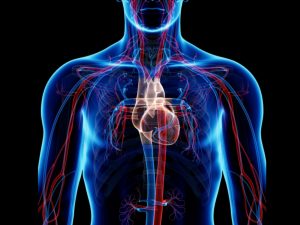 People who drink excessively often also practice poor nutrition habits and have a poor diet which can cause increased cholesterol levels. When this happens, the cholesterol molecules irritate the inner membranes of the arteries and veins, leading to mechanical damage.

Thus, varying cells from the blood are required to sort out this damage through blood clots. Sometimes, these blood clots can travel within the vascular system to other areas of the body, potentially leading to a stroke, pulmonary embolism, or a heart attack.

If daily drinking causes an individual to consume more frequently or affects their ability to reduce consumption, it is usually an indication of alcohol dependence or alcoholism.

If a person’s daily alcohol consumption is starting to cause problems in their lives, then there are various treatment options to look at for assistance. They include counseling, medication, and therapy, among others.

Depending on your situation, you can speak to your doctor or a medical professional to advise on the best way forward.

How Expensive Is Alcoholism Treatment? 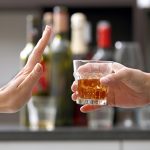 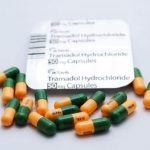 Does Tramadol Help With Opioid Withdrawal?